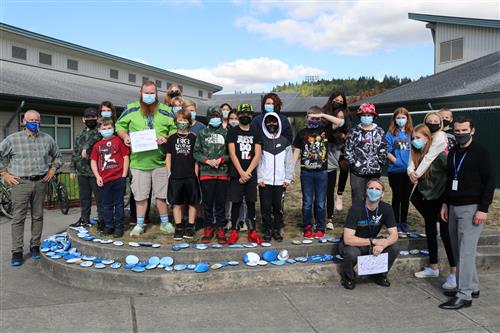 On social media, you might have come across a quote stating, "I was raised to treat the janitor with the same respect as the CEO." Mr. Scott's 6th Period Student Leadership Students at Orting Middle School (OMS) are firm believers in this mindset and walked the walk by showing it with their actions.

Last week during class, the students honored their two school custodians for their hard work with awards they made, including a medal and certificate. Also, this ties in with OMS's eight character traits in their school-wide social-emotional learning curriculum.

The eight character traits are: 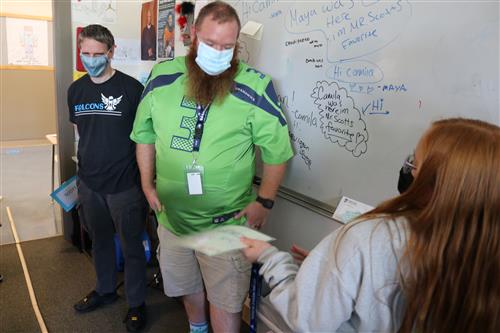 OMS 6th Grade Student Brooklynne Jackson, who is part of the class, said along with the custodians practicing the eight character traits, they wanted to let them know their appreciation for cleaning the building daily.

"We wanted to reward them for their actions," Jackson said. "We need more people in our community to keep us safe."

Jackson's classmate and 6th grade student Isabella Kirk says this reward is more than about the custodian's hard work.

"They show respect to us.," Kirk said. "They clean the whole school, and we (the class) wanted to get together and show them respect too." 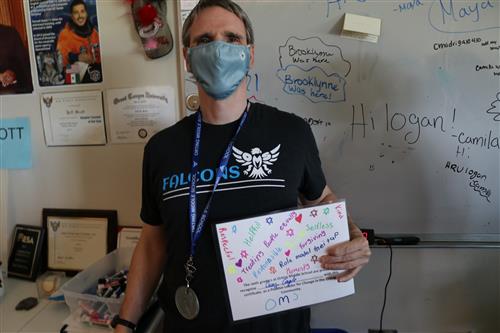 Their teacher, Jeff Scott, who is also teaching in the district for the first time this year, says students want to impact people's lives positively.

"They wanted them (the custodians) to know that they see the leaders in the community," Scott said. "Also, the students are seen and heard in the same way. More than anything, they want to have their voice heard."

OMS Morning Custodian Jeff Saozer, who has been working for the district for over ten years, says he appreciates how the students recognize his hard work and feel that this moment will help make students exceptional citizens when they are older.

"It shows responsibility," Saozer says. "When they grow up, they'll know how to do this as an adult."

His colleague and the school's evening custodian Casey Cagle, who was also recognized, hopes this moment begins a trend for other employees across the district.

"We are all a unit," Cagle said. "The bus drivers, kitchen crew, etc. We are in our entity but still together."